Filmmaking is the art of making a film to exhibit an idea or content on a larger forum. It’s not an event it’s a process that comprises many stages. Filmmakers are generally concerned with an idea or initial story of the film because that’s the first step to screen a good movie. Films usually comprise cultural aspects of a particular geographic area. A person who oversees film production makes sure that a film must go parallel with the moral and ethical conduct of the state. Since films are a major source of entertainment in cinemas much heed is paid to various aspects of film production.

One thing must be kept in mind that filmmaking is always a group task. No single person is behind the production and making of a film. If someone is planning to open his production house and dig his hands in the field of filmmaking following are some simple useful tips for them:

Work with what you have got:

Many young filmmakers always make a common mistake. They tend to do everything without knowing their strengths. It’s crucial to make use of resources and strengths that you own in that specific time frame and squeeze every drop of the provided opportunity. There is always something unique that you have got.

To achieve anything in life you must do your homework first. Similarly, watch films before u shoot one. Look closely at the camera angles, the editing, and the lighting. Watch short films on YouTube and see how an effective story can be told in five minutes. Oftentimes the craft of good filmmaking doesn’t cost any money. You just have to watch films.

At the end of the day, you must ask yourself have you learned anything. Something that you don’t know before and achieve something you didn’t know you were capable of. This doesn’t mean that you go out every day and do stuff that costs you much money and end up having no budget to produce a film. You should draw on the skills and techniques you’ve already learned but if you’re not building on them, if you’re not pushing yourself further in some way, you’re playing it safe. It will show.

Sometimes it’s useful to watch a movie with the public’s viewpoint to analyze the movie more objectively. Moreover, showing the film to your audience is the best way to figure out what you were doing and right. But be careful you don’t have to please the audience. Be yourself and focus on what you have.

It is always right to say that practice makes a man perfect. It’s okay if your film turns out to be a disaster. Failures are part of life, but grow and learn from them. As a filmmaker, you should also learn to take constructive criticism. It’s healthy and will always help you to nourish. 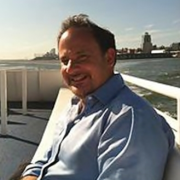 5 Useful Tips for Novice FilmmakersunratedJohn De Titta2019-10-24 06:11:07Filmmaking is the art of making a film to exhibit an idea or content on a larger forum. It’s not an event it’s a process that comprises many stages. F…